Here's What Some of Our Readers Are Saying 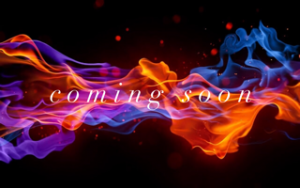 Alonna and Donovan’s journey will continue in Book 2! Stay tuned for the Title and Cover Reveal…

Romance, Love, Lust, …and Everything in Between: Twin Flames

What happens if destiny prevails and we meet our soulmate? What happens when we come in contact with the one?

Our heart skips a beat, adrenaline rushes, and our souls construct a lovely symphony. You are destined to love, meant to be. It’s the age old story of you for me. It’s the unbreakable bond of love that has followed two souls since the beginning of time. Many people call it love at first sight, but what if it isn’t first sight? What if this is an endless plight of the love that has been shared between two souls since the beginning of time. Some call it Soulmates, I call it Twin Flames.

Is there a sequel to Rekindled Flames?

Answer: Yes, there is a sequel to Rekindled Flames. For more information on sequel click here.

Are there more past lives?

Answer: In Unlocked: Rekindled Flames, there was mention of New York, Africa, New Orleans, and a medieval period… there may be more J

What is Alonna’s mom?

Answer: Eunice Carrington is a Task Companion. Task Companions are guides who help ensure those they are charged with protecting achieve lifetime goals.

Alonna’s mom and Donovan’s aunt seem to be special?

Answer: The next book in the series explains more about Eunice and Gwen being “special” as Task Companions.

Answer: This has been a burning question for many, and I do apologize. From an editorial viewpoint this simply worked best for what is planned in the story. I assure you by Chapter 2, in the upcoming release, you will have your answer.

Who sent Alonna the flowers?

Why does Donovan’s mom hate Alonna so much?

Answer: Vivienne Derbinay is a complex character with many layers. More of which is uncovered in the upcoming release. But let me give some context from what you’ve read so far. Vivienne is Old Guard, Elite, and just plain out snooty. Alonna doesn’t come from the “background” she would prefer for Donovan. Additionally, Alonna is the type of woman who won’t cater to Donovan, and Vivienne sees that. She sees Alonna could be the one to break this strong, masculine son she’s devoted her life too.

Do you consider the story paranormal?

Answer: Unlocked: Rekindled Flames, uniquely explores the soul mate phenomenon and tells the story of reincarnated lovers. To some this may be paranormal. For others who believe in the premise of reincarnation (a somewhat taboo topic in the west)– this is simply the story of an intricately woven pattern of lives withstanding the tests of time to make love right because the souls have finally agreed.

How can Donovan flirt with Morgan if Alonna is his flame?

Answer: Many comments have come in regarding Donovan’s attraction to Morgan…or how he responded to her during the wedding. Simply, there is something called the law of physical attraction. I think to not have him attracted to Morgan would have been unrealistic. Men…and women can be in love (head over heels) with one person and yet find another attractive. Flirting is a natural reaction. Ultimately, Donovan never looked at Morgan as more than a distraction.

What if my question isn’t answered here?

Answer: Drop me a line to Chilove@CChilove.com

Thank You for Reading!

Do NOT follow this link or you will be banned from the site!